SteelSeries, the global gaming peripherals leader, today announced a new version of the Stratus XL Wireless Gaming Controller that is specifically designed for Windows and Android gaming. Gamers now have the option to control their games effortlessly and wireless via Bluetooth® on PC, Android devices, Amazon Fire TV, Ouya and other micro-console systems.

"When SteelSeries introduced the first Stratus Controller we believed that the gaming ecosystem was on the cusp of changing and that gaming was becoming less restrictive to players who wanted to game on their mobile devices. Two years later we see this evolution happening across multiple platforms and devices," said Ehtisham Rabbani, SteelSeries CEO. "The new controller creates an easy-to-use experience and allows that multiscreen experience to really happen.”

Play all of your controller-enabled Steam® games with the Stratus XL for Windows & Android, which leverages the Microsoft® XInput game controller API. With XInput, the Stratus XL will function just like a console-style gaming controller on PC. Supported by the SteelSeries Engine software suite, gamers can personalize the controller adjust joystick settings, sensitivity levels, and invert the axis.

Compatible on multiple platforms and devices paired with thousands of games on the Google Play® Store and on Steam, marks the Stratus XL for Windows & Android as the most versatile wireless gaming controller on the market. With thousands of game titles to choose from, the new The Witcher 3: Wild Hunt as well as Grand Theft Auto V, Call of Duty: Advanced Warfare, Outlast, The Binding of Isaac: Rebirth, Killing Floor 2, Middle-Earth: Shadow of Mordor, and ARK: Survival Evolved are just some of the controller-enabled games that when combined with the Stratus XL gamers are in for an incredible experience.

The Stratus XL for Windows & Android is available starting this July for $59.99 / €59.99.  Gamers can find more details and be alerted when the controller is available to order at http://steelseries.com. 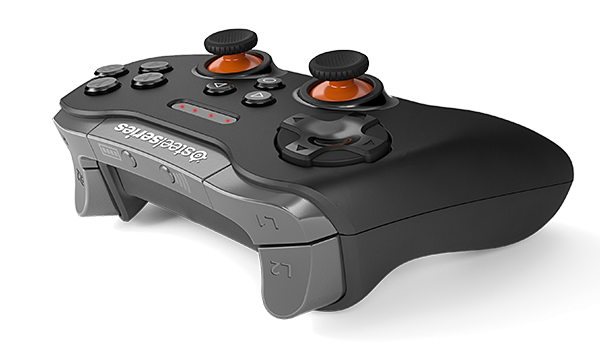 About SteelSeries
SteelSeries is a gaming brand that leads the market in building peripherals with quality, innovation and purpose. The company’s passion has been the driving force behind many first-to-market innovations and technologies that continue to become the industry standard and have-to-have requirements of gamers. The global brand continues to support the growth of competitive gaming tournaments and electronic sports leagues through professional team sponsorships, partnerships and community support. The company surrounds itself with the passion and the commitment to being the best. It is with this mentality that SteelSeries chooses to partner with some of world’s most respected and recognized brands that work together to push the growth and evolution of the gaming industry into an even greater proposition. http://SteelSeries.com.