The Kova by Roccat uses an Optical sensor from Avago, specifically the ADNS-3080, providing a DPI/CPI range of 400, 800, 1600, 3200. This results in a tracking speed of 40in/sec, and a maximum acceleration of 20G. It uses a USB connection with a 2m cable. The Kova is considered to be an ambidextrous mouse. It weighs in at 90 without the cable and is approximately 120x65 (LxWxH).

It doesn't matter whether you're left or right handed, you use a PC or a Mac, or you're a fan of red, blue or green the ROCCAT Kova satisfies any wish; and it does all that without you needing to install additional drivers. With this component of the ROCCAT SDMS, another foundation stone has been laid for feature-packed, efficient gaming.

The optical gaming sensor with its resolution of up to 3200dpi delivers amazingly precise tracking on almost any surface. The ROCCAT Kova is especially effective when used in conjunction with the ROCCAT Sota Gaming Mousepad which features an integrated metal film layer that reflects light back to the optical sensor without distorting it thereby providing optimum tracking. With up to 20Gs of acceleration, faultless tracking is ensured even when rapid responses are called for. 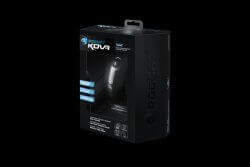 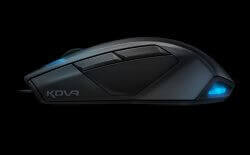 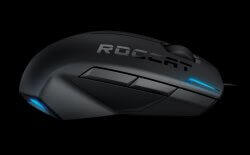 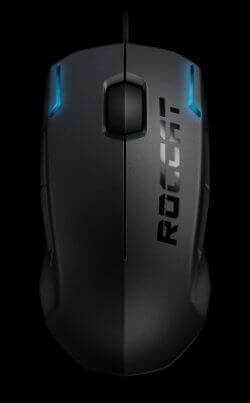 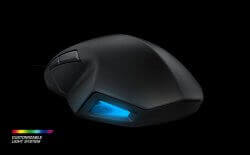 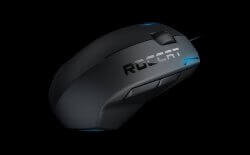 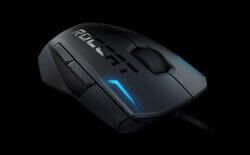